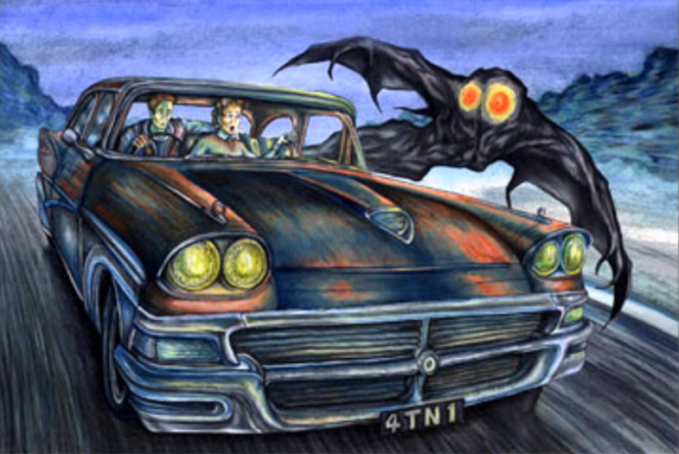 THE PARANORMAL SYNCHRONISM OF OWLS AND OTHERS

The following article was originally published in the October/November 2018 issue No. 5 of  SHADOWS OF YOUR MIND Magazine.

Short quotes with full credits are permitted for journalists and reviewers.

“From my direct experience, there is a blurry line between synchronicity and owls. I don’t think a mere mortal could untangle these arcane threads…I can’t help but think that the owl is playing the role of an alarm clock, trying to wake up the experiencer. Something is happening and it implies that there is a lot more to reality than what we have been taught…these (UFO) sightings, synchronicities and screen memories were all carefully orchestrated…owls, synchronicities, and UFOs all seem to be playing a similar role: they have the potential to change people…(yet) doesn’t play itself out with 100% consistency, but there is enough of a pattern.” 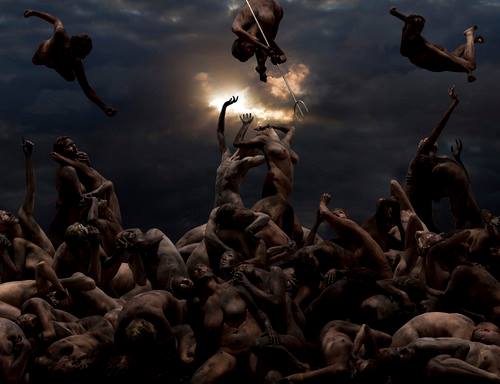 Thus, researcher Mike Clelland gradually leads us into a mysterious world where owls have taken on the metamorphosis of shaman, alien surveillance camera, stealthy owl, advanced scout, screen memory, as owls become “tapping into the synchronistic ether like a winged mystic” in a “blurry combinations of multiple ideas.”   (pp. 69-72.)[1]

Clelland’s philosophy is best exemplified in UFO and paranormal cases where owls (or some variation of an owl-like creature) connect.

Owls seemed to appear and ‘glided’ through the life of “Leslie” over a period of years. In one instance she was standing on her porch one day in May 2013 when she was “swooped” by a white owl. Leslie claimed that this same owl was her companion for three years, going to the grocery store, spying her from a lamp post, and this pattern was performed in “attention to whatever they were doing, everywhere.”

Later Leslie moved out of state to study advanced hypnotherapy. On one of her excursions, before she left, the owl was found dead, lying on its back, its wings spread wide from it performing some task. A similar thing happened to Leslie when she again found another owl lying in the center of a sidewalk, but as she continued her walk, the owl suddenly flew over her and landed directly in front of her. As she touched it, her dog showed no reaction. Leslie stopped a stranger to use his cell phone to call the animal rescue unit. At that point, the man lit up a cigarette, and in a rather “weird swiftness” the animal rescue van pulled up to help the owl, all before the man had finished his cigarette. The van disappeared with the owl rather suddenly, and Leslie felt that the owl purposely planned its rescue.

Ancestry and pre-birth connections concurred, such as the time Leslie’s mother was nine months pregnant with Leslie, and her mother saw something in the sky, whereupon the mother found herself in the presence of two small gray aliens, who led her out into an apple orchard behind her house where a landed “flying saucer” waited.

Her experiences aboard the craft were a blur, but she remembers collapsing, screaming in the front yard.  The neighbors saw the UFO, and the mother rushed to the hospital.

The mother was unable to bond with Leslie and eventually dropped her and her sisters off at the doorstep of an adoption service.

An “experiencer” named Shonaugh Home, connected into the scenario somehow by an email, in less than 24 hours of Leslie’s contact with Clelland on May 13, 2013. Home also had parallel owl, UFO, and shamanic episodes.

Home’s experiences also began with “her own dark night of the soul” which included divorce, meditation, shamanism, ayahuasca, psilocybin mushrooms, owl sightings, and other practices.

Shonaugh used the gift of “a tail of a snowy white owl” to create a ceremonial fan, and used the fan to help make an aromatic envelope and smoke from burning sage. She then cleared the smoke from her room in a ceremonial prayer, asking the white owl for protection, as she also ate special mushrooms which, in turn, caused visions of a “beautiful women clothed in white owl feathers,” the vision has “flowing white hair.”  The White Owl appeared to take Shonaugh on a mystic and symbolic psychedelic “life-to-death-to-rebirth” journey—all guided by “an owl” resulting in a “deep transformative event” eerily similar to a UFO abduction.

Shonaugh had seen a previous UFO one day when she was viewing a “triangle” of starts which extruded a burst of light from its center as if something was communicating to her.

Clelland says there appear many similarities between Shonaugh’s and Leslie’s events. Both were born in the same year and the same place in 1963 in Ontario. Both were active psychics “helping people.” Both had a long list of “synchronicity.” Both have seen UFOs and also owls. Both females were adopted. Both had “profound” transformative experiences with “a large white owl.” And both had ‘striking blue eyes.’

Said Shonaugh Home: “It is these kinds of clustered synchronicities that keep me on this path. To me, they are proof of something at play and that reality itself is much more dynamic than I once believed.”[2]

Clelland’s book is filled with sundry examples of similar happenings, far beyond the scope of this limited essay, behooving the reader to do their own investigations and purviews. He cites many other types of research and experiences and their ventures and paranormal incidents.

Clelland more or less concludes his book with what he calls his “confirmation event” of March 10, 2013, that occurred in a “cold dusty corner of Southern Utah.”  The incident seemed to be a conglomerate matrix of everything spoke about in his book.

Traveling back from a UFO conference in Arizona, driving north on highway 59, Clelland decided to pull over into a spot around 9 p.m., right off Utah Highway 20 east of I-15.

About midnight, Clelland awoke and observed an odd, large structure perched on a bend between two hills, perhaps a round house with many rows of windows, and he reminisced that the object looked like a “landed flying saucer.”

Later Clelland awoke to discover “a motionless white glow” nearby, shrugged it off, and took on glance back at the structure on the hilltop, where he also saw a single light just to the side of the structure.

Clelland woke to drive back to Idaho. As he drove, he consulted Google Maps to locate the position “of that big round building.”

He located the spot, but was amazed to find nothing of a detected object on satellite images that even slightly resembled the circular building: “Just an open meadow on a hilltop.”  It would have been 1.6 miles away from his sleeping spot and “would have been enormous.”

Clelland posted a blog essay about the incident on March 12, 2013at 12: 34 p.m. (time-count-sequence of 1234 being equally significant). Later, he traveled to that spot and discovered nothing there at all, just an empty ridge with small trees.

Inspired by some kind of “psychic flash,” Clelland ‘saw’ and then created a map  of southern Utah’s Four Corner area on his computer: a western marker indicated the event of May 2010 outside of the town of Dolores, Colorado—“these two points were at each end of a 231 mile long straight line.”

Clelland and his friend “Natascha,” traveling a road trip through Cortez, Colorado, Mesa Verde, were heading towards Dolores, Colorado in May 2010 (using a rental car from an auto repair shop)  to find a favorable camping spot.

Natascha began crying during their meal, and they were not quite sure why.  “This is when things got strange.”

Clelland became awake suddenly in the night with an explainable “fear,” as well as the same fear gripping Natascha, exclaiming “I saw a face.”

When Clelland did fall asleep, he was enveloped in a sensation of floating to face a “glowing mandala figure,” and then floated into a “reclining” position. Natascha saw this.  Both seemed “void of any emotion.”  All Natascha would say was: “I saw a face.”

Clelland recalls and recognized the “vision” as similar to cataract images he recalled and had sketched before. “It looked like me! Bald, with big eyes and sideburns too!  A weirdly personal caricature!”

Mike discovered a little scratch mark, like a rose thorn cut, which seemed to inspire the growing feeling of transcendence on their trip back home and a visit to a Navajo shamanic ceremony sweat lodge-hut.

The events of May 2010 at Dolores Colorado defined the eastern point on the map; Google Maps zoomed in and helped establish a marker where the campers set up their tent on “the night of terror.”  Thus existed two points, but a “third” point surprisingly fell along the line: the March 2011 Burr Trail Road, Boulder, Utah campsite! At this spot, Natascha also experienced the ‘hooting’ of an owl, a feeling of transcendence, and the sighting of a “glowing orb of light.”

Puzzling, striking and accurate coincidence and synchronisms can be hard to accept sometimes.

From page to page, the reader will discover further treks into Jungian “meaningful coincidence,” which will startle your view of reality and jog some disorientation into your comfortable perception of things.[3] 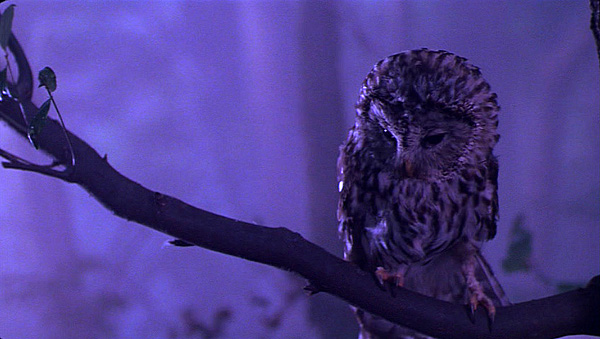 Clelland quotes the late publisher and paranormal historian, Raymond A. Palmer (and I agree to a limited extent):

“It is still true, as I predicted in 1947, that no flying saucer has ever been ‘captured’ or even ‘proved.’  They are as real as Shaver’s caves, and just as ‘psychic.’  They are unknown, the hidden world, that all of us at one time or another are aware exists, and which intrudes on our own lives to make us think.”

[1]  Steve Erdmann, in no way, detracts from similar stories involving ‘other’ living creatures, or objects, which hang around mankind: dogs, rabbits, fish, penguins, etc., which certainly occurred in history.  https://carljungdepthpsychologysite.blog/2018/03/19/carl-jung-on-animals-anthology/

[3] file:///C:/Users/Steve/Downloads/679-1753-1-PB%20(1).pdf: “An Hypothesis about Jung’s Collective Unconscious and Animal-Assisted Therapy.”  Quote from the article: “The hypothesis of a universal ‘soul’ which includes all living beings is a very ancient one. We can cite as an example the Veda2 writings that represent the most ancient texts of Sanskrit literature. More recently, in the 19th century R. W. Emerson, founder of the transcendentalist movement introduced the concept of over-soul (Emerson, 1836; 1837). Schopenhauer in his best known philosophical work, ‘The World as Will and presentation’ (Schopenhauer, 1818) introduced the concept of a world driven by a continuously unsatisfied will permeating all acts of the living.”